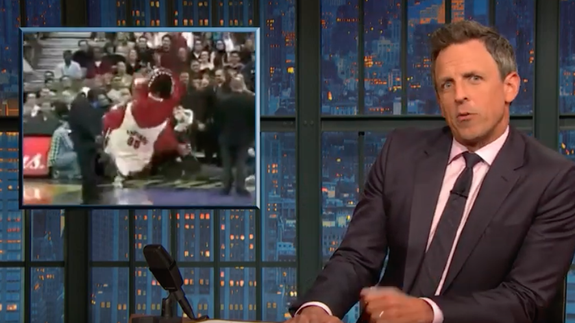 Look, nobody seems to really know what happened between Donald Trump and recently-former national security adviser John Bolton — not even the TV hosts who were getting texts from Bolton himself live on air, contradicting Trump’s tweets claiming Bolton was fired. But Seth Meyers does his best in Wednesday night’s A Closer Look segment.

After touching on Trump’s “scary stories” about refugees from Hurricane Dorian’s swathe of destruction in the Bahamas (“He should hold his rallies in the dark, holding a flashlight under his face — he’s like a racist Stephen King”), Meyers gets into the really terrifying stuff about John Bolton.  Read more…